In SQL, we have two window functions call lead and lag, and with these two functions, you can get the previous and next value of a column partition by and order by other columns in a table.

Use our Advanturework Sales.SalesOrderhead table as an example. The following code can give you the previous and next SalesOrderID for a SalesPersion order by OrderDate.

However, it is a very expensive function because the SQL engine need to fetch through the entire table for every row calculation where the functions are called.

It is much faster to use DAX in SSAS tabular model in this case, where the column-store and vertipaq compression technologies are embedded. To use DAX replace lead and lag function, we will be using a key function in DAX called ‘Earlier’.

Using the same example mentioned above,

You can write Previous Order ID calculate column like this: 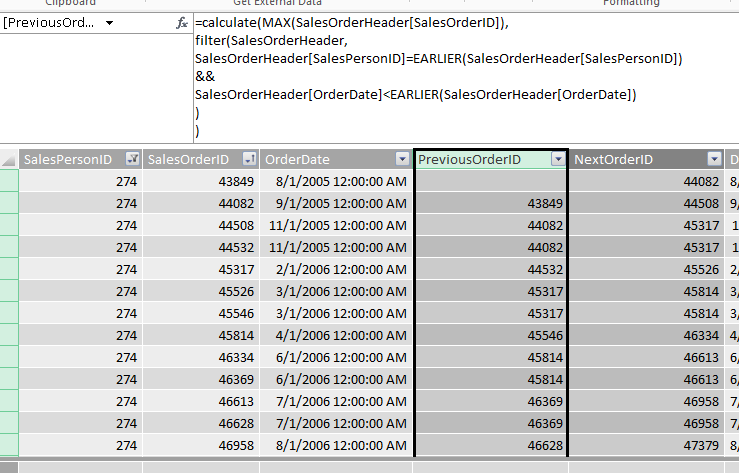 Using the second row of the above screenshot as an example, the DAX calculation of PreviousOrderID column can be explained as: